Tropic Fish Hawaii is part of CMU & Associates, the largest distributor of seafood in the state.

As a fully developed company, we have the resources and distribution to meet the seafood program needs of any client, regardless of scope or location. Our company ships fresh and frozen catches via airplane to ensure the quickest delivery possible, and our product can be transported to many major cities in the U.S., Canada, and Japan. Besides our advanced distribution network, Tropic Fish Hawaii is known for our premium selection of seafood, including bigeye and yellowfin tuna, marlin, ono, monchong, opah, and mahi-mahi. Tropic Fish Hawaii also purchases product daily from local fishermen and the local auction, allowing them to stock the highest quality and freshest product at the best price for our customers. Tropic Fish Hawaii also has direct access to fresh and frozen imported seafood for those customers who require fish nonindigenous to the area. 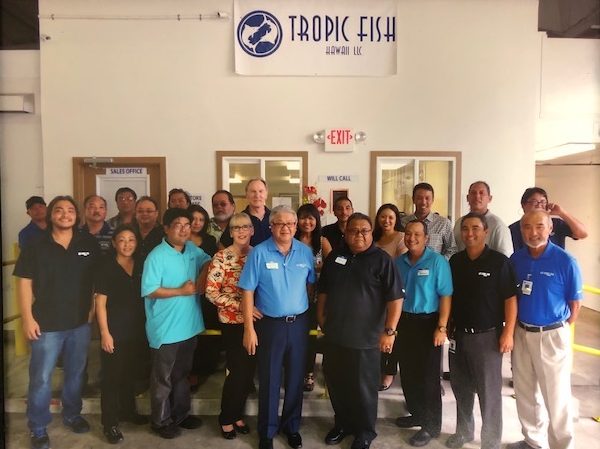 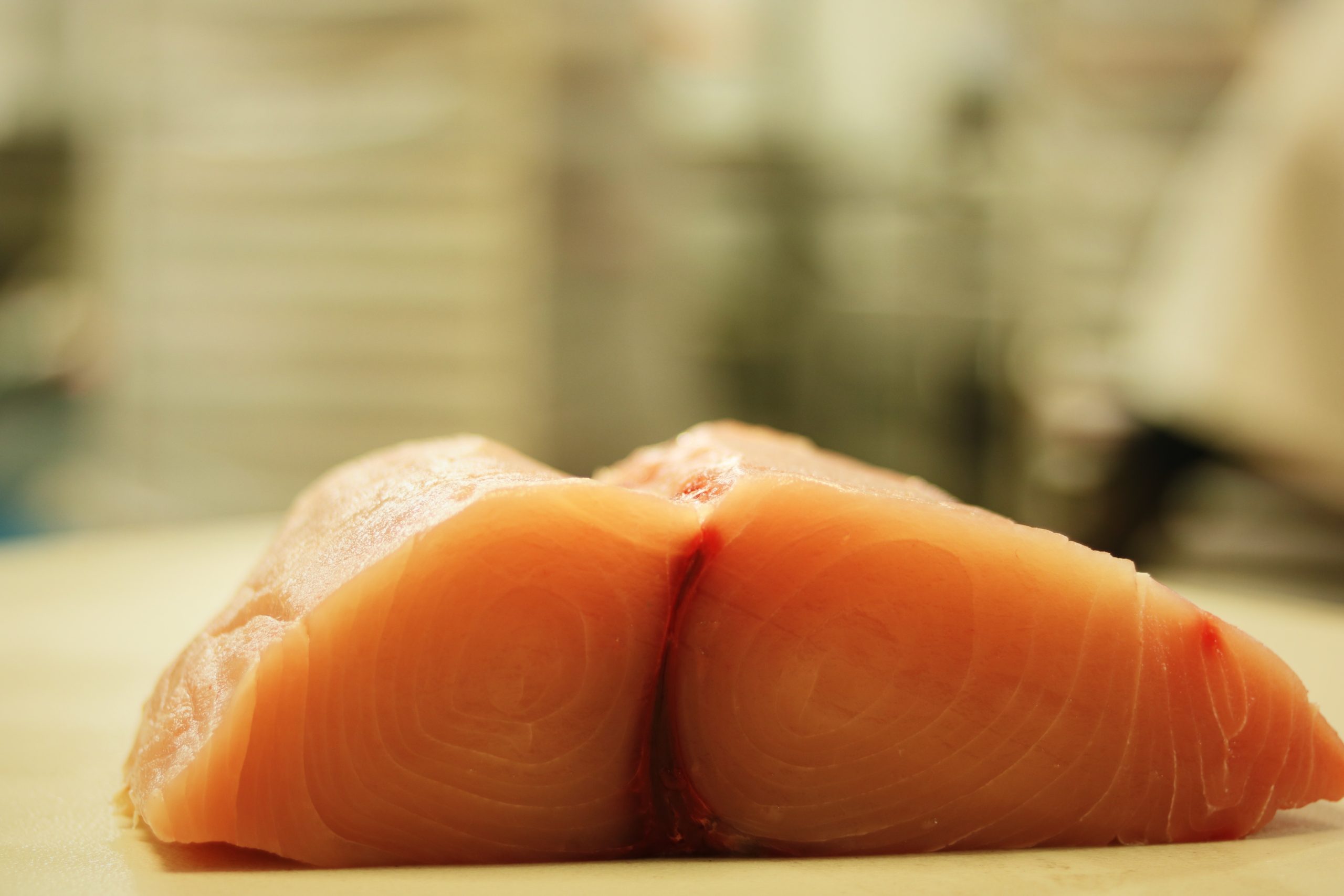 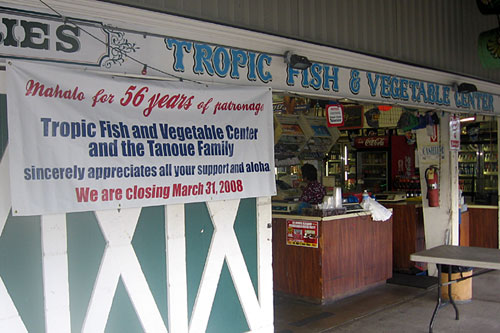 After beginning his career as a salesman with Hara’s Produce Company, Kiyoshi Tanoue decided to start his own wholesale company. Kiyo’s Produce opened in a transformed Army barracks in Kakaʻako. After a few years, Kiyoshi asked a friend who had been working at Waialua Produce Company if she would be interested in running a retail operation. She said yes – not only to his business offer but eventually, his proposal of marriage. In 1966, Kiyoshi and Katherine took over the seafood operation and changed their company name to Tropic Fish & Vegetable Center. Just as they were beginning to enjoy their success, a fire destroyed their building. They were discouraged, but friends convinced them to stay in business. When Ala Moana Farmers Market was built, they moved in and started over.

Today, the business is run by Kiyoshi and Katherine’s son, Glenn, who has presided over operations for the past 20 years. Even though the business has more than eighty employees, it essentially remains a family affair. Kiyoshi is still there, portion-cutting fish for hotels and restaurants and teaching new employees his skills, Katherine still helps with the retail side. Glenn’s sons are both involved, Shawn as Vice President and Controller, and Shannon as Assistant Operations Manager. The wholesale fish division now exports to mainland cities from Los Angeles and San Francisco to Las Vegas, Boston, and New York.

Shawn Tanoue is excited about the future. “Some of my grandparents’ original customers are still shopping with us,” he says, “but we need to bring in a new generation. Fortunately, our parents and grandparents are willing to change, and they encourage us to come up with new ideas.” Glenn concurs. “We want the younger people to take us to the next level. Our philosophy is: ʻGive it a try.ʻ If it doesn’t work, just don’t make the same mistake again and try something else. We like to maintain an open forum. If you have eighty people thinking with you, that’s a good situation for everyone.” Today, Tropic Fish Hawaii supplies local and international customers, wholesalers, and distributors with the highest quality fresh and frozen seafood from Hawaii and abroad.